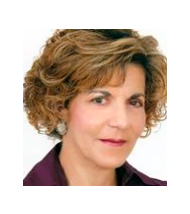 Dr. Thomais Roussou is a multi-lingual University Professor with decades of teaching and administrative experience. She builds excellent relationship with faculty, staff and students to create the best possible learning environment. As a principal, turned her school into the #1 in the region for academics. Creates customized courses to differentiate her program from all others.

Dr. Roussou has had years of teaching experience as a Graduate Teaching Assistant at Wayne State University (1975-1985) having taught Greek Tragedy, Mythology and Etymology as well as Essay writing, Composition, English as a Second Language (ESL), and Remedial English.. Later on as Lecturer/Director-of the Modern Greek Studies Program Wayne State University – Detroit, MI. taught all levels of Modern Greek and expanded the program with the addition of Greek Literature courses.

Back in Greece in 1990 she worked from September 1990 to September 1993 for New York College – Athens -Greece which operated in Greece as a branch of The State University of New York / New Paltz.. There she established and, directed the English Program and taught some of the courses ( English as a Second Language (ESL) (beginning-intermediate-advanced); Freshman Composition I and II Designed and taught new course: “Myth Symbol and Fable in Literature”)

In September 1993 she entered the public sector and until January 2003 she taught English at the 2nd Intercultural Junior High at Elliniko (–Athens-Greece. ) In January 2003 she was elected Principal at the 2nd Junior high of Argyroupoli –( Athens – Greece) . In that position which she held until January 2014 she revolutionized the school and turned it into a top ranked school in the region. She handled all administrative tasks, and improved overall function of the school . She also taught English as a Second Language (ESL) and filled in for other teachers of any subject as needed.

During the years of service in the various positions Dr. Roussou was invited as lecturer in several occasions, participated in Conference presentations both in Greece and Europe. She also participated and attended European Programs (Comenius-Arion) She specializes in training teachers, management and leadership and organizational techniques.

She is fluent in English and Greek, has good knowledge of French and is proficient in IT.